#BookTour Unexpected (Short Stories From Around the World) by P.F. Citizen One A series of short, true life stories, which are the product of the travels and observations of one man. The stories are a miscellaneous collection of the funny and sad, of tragedy, love and friendship. And they are all, in a way, unexpected.

Unexpected takes you on a journey from a Brazilian working on the oil rigs of Venezuela, who gets the shock of his life, to the uplifting story of a Chinese beggar living on the streets, entertaining passers-by with his songs and surviving through the mercy and kindness of others.

There is a story for each of us in this book. Each one is subtly different and each carries either a message of hope for lost, or of caution for the unwary.

Unexpected is just that. Just as life is and just as the course of our lives run, at times unexpectedly. P.F. Citizen One is a writer. He works as a petroleum engineer, which requires a lot of traveling to different countries, and he uses the situations and varied people he has come across as an inspiration for his great love of writing. His interest in travel has meant that he has picked up some useful languages along the way, and he is now fluent in English, French, Portuguese, Spanish and German, allowing him to go just about anywhere and still be understood. Most of the time. He lists his great fear as ''being stranded alone on a desert island'' and, as a result, he avoids traveling by boat whenever he can.

P.F. Citizen One’s new book, Unexpected, was published on October 7th and is a book of short stories, inspired by his travels throughout the world and the people he has met.

Posted by Andi at 8:09 AM No comments: Links to this post 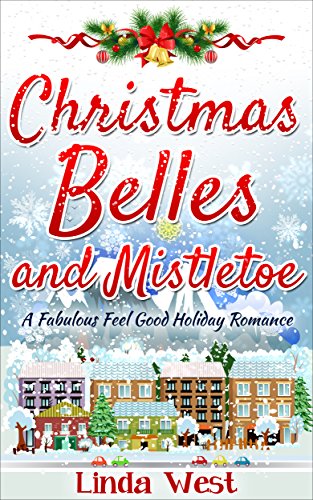 There's nothing like Christmas in Kissing Bridge. When their family legendary blue ribbon winning recipe is stolen, the Landers sisters are up in arms as to what to do to break the curse and win the Silver Bells cookie contest.

All of our favorite people in Kissing Bridge weave in and out of this adorable story about love, faith and a little magic.

The curse must be broken and love restored when Summer finds out that her Aunt Amelia has a normal family - with men. Because the curse had caused the rest of them to always lose the men they loved, Summer will stop at nothing to find out the answer to ending the curse once and for all. Her mother however has forsaken men for her blue ribbon cookie crown. Cookies you can count on, men not so much .

Meanwhile Mrs. Beaverton has gone crazy and is accosting the men of Kissing Bridge at every turn and bend where ever an innocent mistletoe lurks. It’s a wonderful fun holiday romance filled with cozy mysteries and cookie contests! What more could you want?

This is the last book in the "Love on Kissing Bridge Mountain" series. Each of the books in the series are complete stand alone clean and wholesome love stories.

”Loved, loved loved this book! I’m going back and reading them all!” CP Daily

”Everything I wanted in a feel good holiday romance with clean stories that leave you happy. I cried at the end it was so inspirational and touching! Thank you Linda West!" G. Browning Kindle Good Books.

"I want to move to Kissing Bridge Mountain! I wish my town was as fun and Christmas obsessed! Super fun and thanks for showing that seniors can fall in love too!" Gladys Gershwin UT

"I really enjoy the way Linda West writes in a different and sometimes first person point of view. I really feel that I know the people in Kissing Bridge personally and I find it a very refreshing style choice!" Doc Holiday

"I couldn't wait for this book to come out! I've read all six of the books about the different love stories that happen on Kissing Bridge Mountain and I will really miss the fun and friendship of these lovely people I've come to know! Don't stop writing please!"  F. McDonald CA

"In this day and age, it seems every author has to resort to steamy sex scenes to keep a reader's interest. It is so nice to have an author that actually has a plot that interests you, and characters that you fall in love with. I will continue to read this author's books." Joy Neville - TX

Posted by Andi at 1:21 PM No comments: Links to this post

When Sunday Comes by Laurel Moon 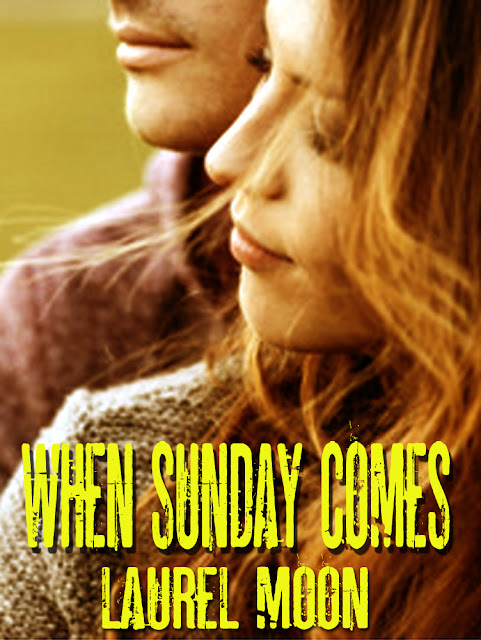 Samuel thought he was doing the right thing by leaving his wife Sara behind in their Amish community as he pursued his career in the NFL. Sara would have other ideas, however, as she joins her husband in the big city for the next football season. His football team is followed by HBO's Hard Knocks and a feature on the couple makes Sara the star of the show, gaining a following of her own because of her beauty and Amish beliefs. She becomes popular and the stress of being in the public eye begins to strain their marriage. Can they keep their vows and make room for faith, fame and family?

Posted by Andi at 2:13 PM No comments: Links to this post