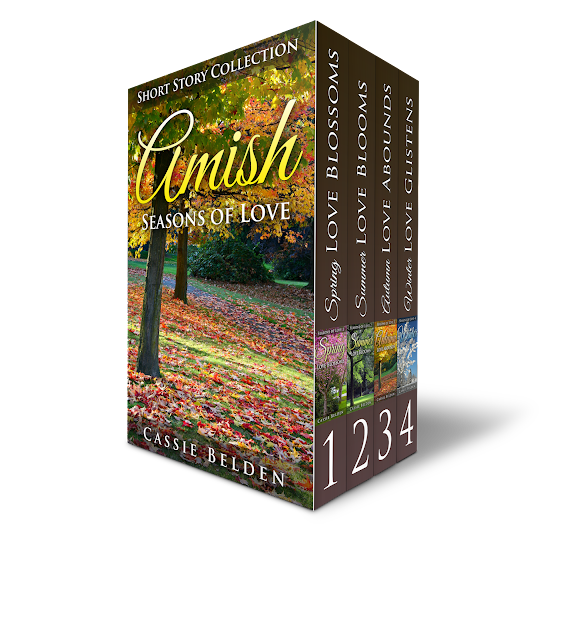 Love flourishes, seasons change, but God's love shines without end. These stories each feature a beautiful romance during a different season of the year along with a distinct phase in life. From young and promising love in the spring to purposeful and renewed love found later in life during the winter, these Amish love stories will surely touch your heart.

Spring Love Blossoms
Read more »
Posted by Andi at 3:00 AM No comments: Links to this post

Are you seeking a new spiritual connection via New Age Music? Russell Suereth has put together a melodic collection that is sure to soothe your soul as you meditate and relax.

He uses both classical and world instruments to create a natural, harmonious soundscape. Reviewers love this third album and look forward to more contributions.


Here is a sample:

Sounds inside the Spiritual Haven album

Spiritual Haven contains an interesting combination of sounds. The basis for much of the music are the sounds of Western acoustic instruments -- piano, oboe, bassoon, guitar, viola, cello and French horn.

These are augmented by a variety of traditional ancient instrumentation from around the world -- duduk (a double-reed woodwind-flute that originated in Armenia), guzheng (a Chinese plucked zither), grand marimba (a low-pitched xylophone that originated in Africa but was developed in Latin America), koto (a Japanese zither with movable bridges), oud (a Mideast lute with a short neck), krin (A West African idiophone log drum) and ethnic frame drums (animal-skin hand-drums from the native tribes of the Americas).

Suereth brings his sound into the contemporary realm with the addition of some modern sounds -- the hang drum (looking like a dented flying saucer it is both a melodic and rhythmic instrument) and synthesizer. Suereth’s music is most characterized by the woodwind melodies and his unusual rhythmic patterns that sound Mideastern one moment and Pacific Rim-oriented the next.


Songs in the Spiritual Haven album

The Spiritual Haven album begins with the highly-rhythmic “A Magic Flight” (“certain music makes you feel like you are soaring and flying so I wanted to capture that feeling”). “Distant Voices” and “The Village Breathes” both evoke primitive remote places with all the sounds of that community going about the business of lives being lived. “Swirling Spice” captures the smells, sounds, motions and multi-colored sights of a Mid-East bazaar. “Night Dances” reflects “all the movement that happens after dusk -- people dancing, animals stirring, a variety of nighttime sounds.”

Other tunes focus on nature -- “Nightingale Rushes” (“those birds sing the most amazing songs”), “Red Moon Calling” (“the Earth and all its inhabitants have such a close physical and spiritual connection to the moon, but ancient peoples recognized it more than we do”) and “Red Moon Rising” (“a rising moon on a clear night looks enormous and it is an impressive and magnificent event”).

Some of the compositions are about circumstances that people go through. “‘Glimmer of Light’ reflects those times when a person has a problem or a difficult situation, and they turn to spirituality and then see a solution or at least hope up ahead,” states Suereth. “For ‘Notions Astir’ I pictured sitting on a mountaintop watching the sun rise up through the clouds below while the majesty of it inspires new ideas.” “Sudden Awareness” was inspired by “one those life situations of enlightenment which buoys you up and gives you feelings of happiness or contentment.” Similarly, the tune “Realization” is “another moment of illumination that sweeps away worries and takes you to a beautiful existence.”

Posted by Andi at 6:04 PM No comments: Links to this post