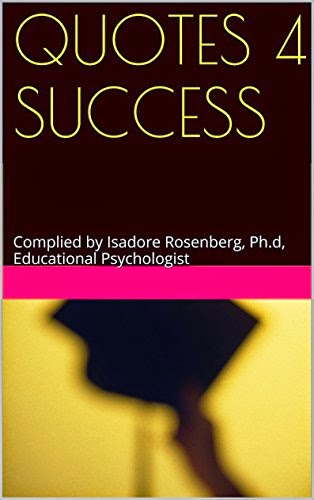 A special compilation of over 500 indexed motivational quotations, proverbs, and wise sayings to help everyone (especially students) to achieve their full life & academic potential- collected over a forty year career as a College Professor of study skills.

Anyone of these over 500 quotes may serve as the impetus to help you achieve your life goals and and achieve your academic goals as well.

Some years back I started by own personal file of quotations, wise sayings & proverbs to use in the classroom. I found that in my contact with students of today, many do not have the benefit of folklore quotations as my generation did.

The original book is now out of print.....however this is a rare opportunity to own this valuable motivational resource in kindle format at a investment of under a penny a quote.

All proceeds of this book are being donated to non profit educational programs.

Some years ago, when I started to lecture, counsel and teach, I also started a file for my personal use containing quotations and sayings on the subject of student motivation. I felt the collection would enhance what I was trying to do. This anthology is an outgrowth of that file.

In my contact with my students, I find that many do not have the benefit of folklore quotations from their elders as did my generation. I feel it is a motivating factor for the student to have an inspiring saying at his command to use when needed. Any one of the over 500 quotes may serve as the impetus to help the student achieve his academic goals.

Later editions will include exercises to help the student improve his vocabulary and study skills.

Isadore Rosenberg born on May 28th 1918 in Manchester, Hampshire and was the last of six children born to Russian Immigrants who were fleeing the pogroms of the time in Europe, peacefully passed away on Feb 04, 2008.

He proudly served his country during World War II as a war correspondent for the military publication the Stars and Stripes. In this capacity he interviewed Glen Miller in Paris, Frances, just before the fatal crash take off of the entertainers plane.

After his Military Stint, Isadore went on to earn a undergraduate degree from Saint Aslum College in New Hampshire. Additional education degree in the form of a Masters Degree in Social Work was bestowed upon Isadore as a result of his graduation from Columbia University.

Isadore was always open to new experiences, including hitch hiking across the entire United States while in his early twenties.

Upon coming to Los Angeles in 1952, he worked helping dozens locate jobs in his role as a social worker at Jewish Vocational Service. Among those he helped was a young Joseph Cossman who later went on to great success, marketing various nationwide fads including the very popular Ant Farm.

After getting a sense of the trails and tribulations facing job seekers in the Los Angeles area, Isadore Rosenberg wrote a book entitled, There is A Job For You In Los Angeles. The book was published by the Thomas Brothers , and each book came bundled with their helpful map of Los Angeles.

In 1960 Isadore Rosenberg joined the faculty of Pacomia Junior High School. He heroically assisted the rest of the staff during a plane crash that occurred while the school was in session. Additionally while at Pacomia Junior High, he had as a student, Richie Valens who ironically was killed in a fatal plane crash, shortly after his graduation from high school.

In 1972 Isadore Rosenberg joined Pierce College a Professor of Psychology and study skills center coordinator. Isadore Rosenberg developed several innovative programs to help students. An example was the MAW program that stands for Mature Academic Women. This particular program helps returning mothers and other older females who desire to go back to college.

He also founded the Pierce College Emeritus Association, as a networking/ and social group of retired Professors from Pierce College. Isadore while at Pierce College wrote two additional books- one entitled, Developing Your Academic Intelligence, and another book on Motivational Quotations.

Aside from vocational contributions Isadore Rosenberg was also very active in the Jewish Community. For a long period on High Holiday services, he worked raising money for Israelfrom the sale of Bonds. Isadore was also a great humanitarian as shown by his Red Cross record for blood donation. He had donated so much over the years that Mayor Riodrian award him a officialCity Proclamation in 1998 for his gift of life.

Isadore will always be remembered for always having a joke to share, and that most of the time, the jokes he would tell also had a life message associated with it. He loved the limelight both in the Classroom and out of the Classroom- and by way of example, talked Paul Rodriquez to allow him to tell a Joke at the Laugh Factory at their most recent 29 th annual Thanksgiving Dinner for the community. According to the owner of the Laugh Factory, Dad was one of the oldest people to grace this stage.
Posted by Andi at 1:47 PM No comments: Links to this post

'A Fruit-Bearing Spirituality' by Carolyn Reinhart 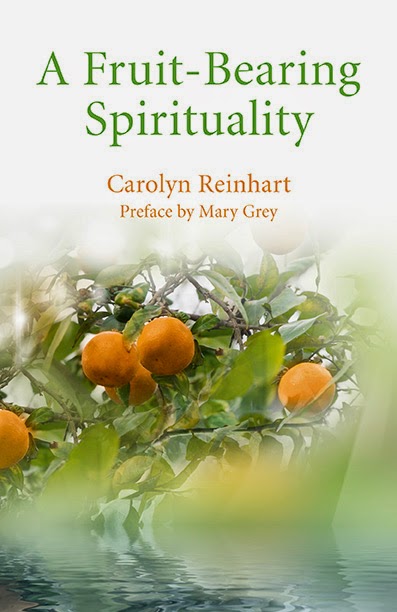 Are you ready for an adventure? Whether you are a new seeker or well on your spiritual path, pick up my book as a guide for your spiritual development. A Fruit-Bearing Spirituality explores the emerging spirituality of our time. Both the theoretical and the practical are covered, and there are lots of diagrams to help you to understand the content.

I look forward to your feedback on your reading. Join the conversation on my blog and email me if you have any questions. http://www.carolynreinhart.com/#sthash.mDSWRyWS.dpuf 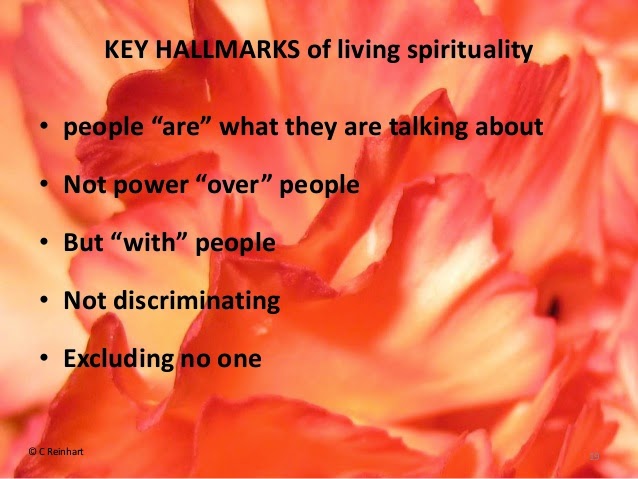 An Authentic Spirituality for today﻿﻿ Within the pages of A Fruit-Bearing Spirituality Dr Reinhart shares a Model for Understanding and Developing Spirituality Praxis (theory and practice combined) while enveloping the personal and social aspects. There is also a basic Model of Inclusivity referring to the Dominant paradigm of oppression and the need for a paradigm shift and new world view. It is not about Religion or Theology but about the Spirit, which no faith has ownership of, and includes perspectives on relationships, context for practice, language, religion/theology, transformation and quantum physics - See more at: http://www.carolynreinhart.com/book.html#.VNzKqt85DDc 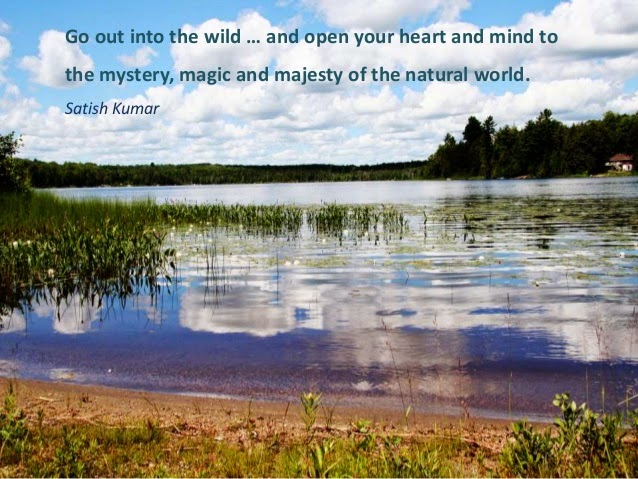 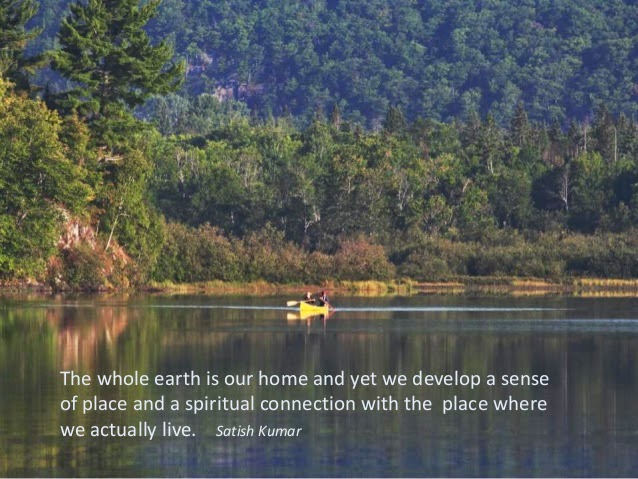 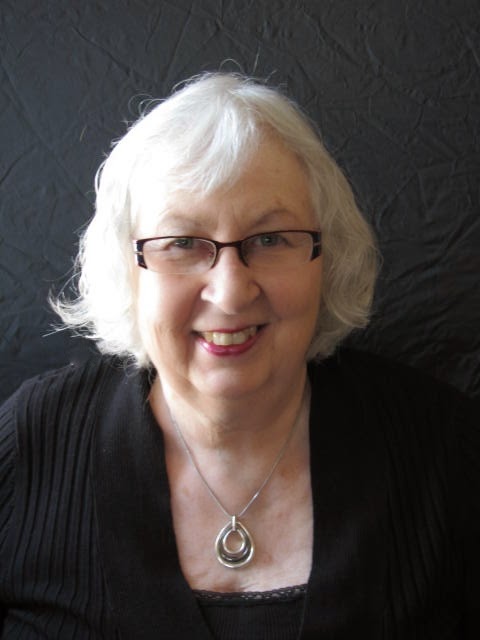 I graduated as an RN (1962) and worked in that field until I moved to the UK (1974). I completed an MA in Christian Spirituality from Heythrop College, University of London (1999) and then a Doctorate in Professional Studies with The National Centre for Work Based Learning, Middlesex University, UK. "Developing a Spirituality Praxis in a Multidisciplinary Organization"

After living in the UK for 33 years, helping to found and develop two Charities, I returned to Canada in 2005 and am enjoying the Arts and Environmental aspects of Muskoka.

A Fruit-Bearing Spirituality, is the fruit of years of formal study in the field of spirituality and is combined with 70 years of life experience

http://crated.com/carolynreinhart
Posted by Andi at 3:11 PM No comments: Links to this post "Seeking Human Kindness" is a heart-warming collection of 50 inspirational, real life adventures. Each unique story illustrates an powerful example of how one good turn can lead to thousand fold return. The charming book spreads a wonderful message that any one has the power to make a difference.

Each account is told by a different author with a personal life experience to share. Some relate life altering experiences, when one small act actually saved the life of another. Others recall simple gestures, which in the grand scheme of things ended up making all the difference. Even tiny deeds can have a mighty impact on making the world a better and more livable place.

Authors were carefully chosen, based on those who had compelling stories to tell. They hail from multiple countries, diverse backgrounds, education, skillsets, life journeys, etc. They come together in this compilation to share their experiences in dealing with the life altering after effects of human kindness.

Our Featured Stories:
Title and Country of Origin Listed.

Read an exclusive excerpt from 'Shattered Vows' by Linda LaRoque 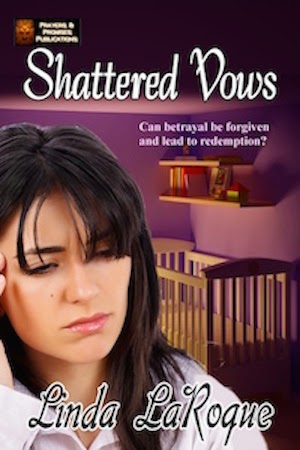 A mother, confronted with her husband’s infidelity, must decide whether to help raise his child or end her marriage.

Annie and Stuart Rayburn have loved each other since high school. Their life is idyllic until their baby dies of SIDS, and Annie falls into a deep depression. Months of therapy help her recover, and they look forward to another child sometime in their future.

Despite his own grief Stuart tries to comfort Annie, yet when he reaches for her in the night, his advances are rebuffed. In a moment of weakness, he turns to another woman. Stu learns his night of infidelity produced a baby girl. The mother died in a car crash, and her will gives Stu custody.

Stu can’t deny the child is his, and he’s determined to raise her. He begs Annie’s forgiveness. Hurt and angry, Annie must face her demons, decide if she can forgive Stu, and love the innocent child, or divorce him and move on without the only man she’s likely to love.

"Annie . . ." He reached out to touch her, but she shrank from him. Eyes bleak, he stood and walked to the large picture window indicative of the 1950s style home she loved. Hands in his pockets, his shoulders rose and fell as if he struggled for breath.

"I hated myself for touching another woman." She had to strain to hear him. "My conscience ate away at me. When I came home, I skulked around like a criminal. Every time I thought about it my stomach knotted, and I wanted to puke."

He turned, and for the thousandth time she noted his handsome masculinity. Tall, muscled and without an ounce of fat. The blue eyes she loved glistened, she supposed with unshed tears. As he stared at her, they darkened, whether from pain or dread she didn't know. This was her man, her husband, and jealousy and suspicion reared its ugly head. "There's more?" Nausea churned in her stomach, and she covered her mouth with a hand.

Hands in his pockets, shoulders slumped, Stu nodded. A tear rolled down his face, and he wiped it away. His mouth twisted in anguish as his eyes meet hers.

"There is a baby—a baby girl."

Linda LaRoque is a Texas girl, but the first time she got on a horse, it tossed her in the road dislocating her right shoulder. Forty years passed before she got on another, but it was older, slower, and she was wiser. Plus, her students looked on and it was important to save face.

A retired teacher who loves West Texas, its flora and fauna, and its people, Linda’s stories paint pictures of life, love, and learning set against the raw landscape of ranches and rural communities in Texas and the Midwest. She is a member of RWA, her local chapter of HOTRWA, NTRWA and Texas Mountain Trail Writers.

Visit Linda at these locations:

Linda will be awarding three individual prizes to randomly drawn winners via rafflecopter during the tour:

a Rafflecopter giveaway
Posted by Andi at 3:30 AM 8 comments: Links to this post

'Oh God. It Hurts! A Book About pain, Suffering, and the Love of God' by John Thornton 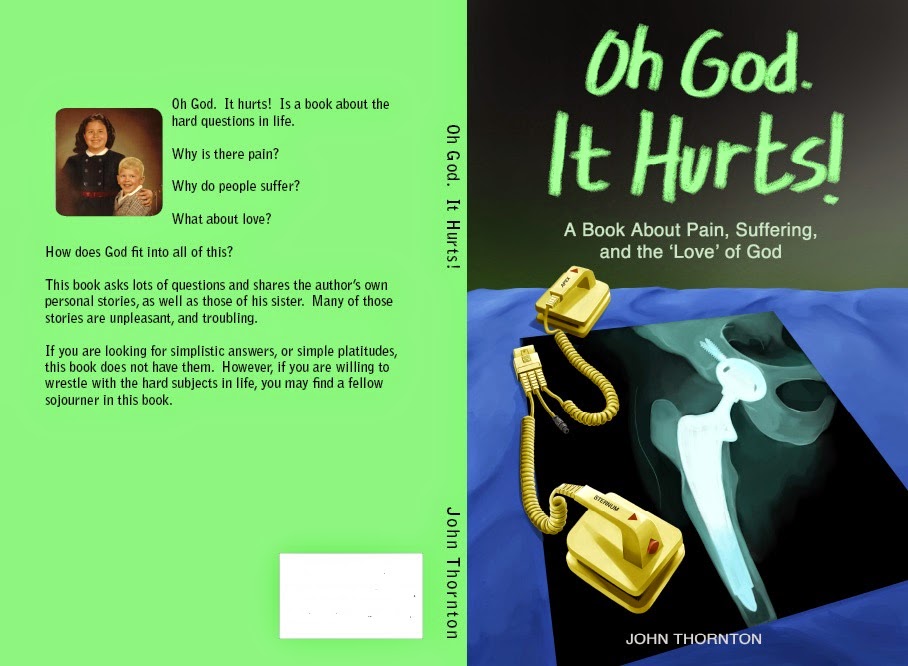 It is a book about the hard questions in life.

Why is there pain?

Why do people suffer?

How does God fit into all of this?

This book asks lots of questions and shares the author's own personal stories, as well as those of his sister who just recently died. Many of those stories are unpleasant, and troubling.

If you are looking for simplistic answers, or simple platitudes, this book does not have them. However, if you are willing to wrestle with the hard subjects in life, you may find a fellow sojourner in this book.

Get your copy on Amazon