The Hope Series by E.C. Jackson 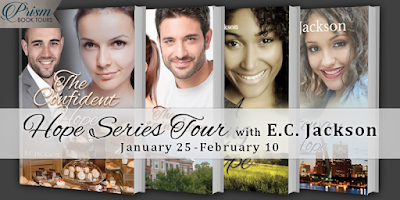 On Tour with Prism Book Tours
Welcome to the tour for The Hope Series by E.C. Jackson! You'll want to follow the rest of the tour to get all of the reviews and excerpts! Plus you can enjoy entering the great giveaway at the end. Read on for more information and thanks for stopping by! 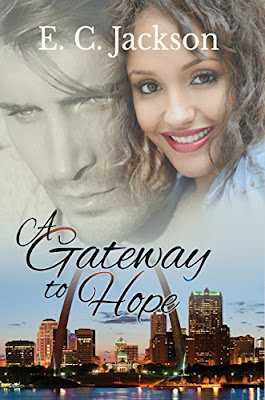 Twenty-one-year-old Neka is a bit of an introvert, she also happens to be stunningly beautiful.

When she discovers her friend James is about to be dumped, she sees the perfect opportunity to escape from her quiet life. Can she summon the courage to leave it all behind?

James Copley comes from a ruthless family. It’s rubbed off.

Years ago, he disengaged from his brother’s smear campaign, but now his father has offered him an ultimatum, “Get married or lose your seat at the table.”

Plotting to stamp his design on the family business, he proposes to a woman, even though he doesn’t love her.

But his carefully laid plans start to unravel when she leaves him on the day she’s due to meet his family.

Could years of planning his comeback vanish with her departure?

A possible solution comes in an unexpected form: Neka. She’s not only a friend, but the daughter of his benefactor. And she’s right there, offering to support him.

But will her support stretch to marriage?

He attempts to win her over to his plan but collides with her powerful father who wants to leverage the situation for his own gain.

In their fight for survival and love, they are forced to face some uncomfortable truths.

Can they overcome thwarted dreams and missed chances to find true love, or does forcing destiny’s hand only lead to misery?
**My thoughts**
This book reminded me a lot of a soap opera, only without all of the sex and debauchery and a strong tie to the characters' faiths. After all, you have an almost arranged marriage being forced onto James in order for him to maintain his stake in the family company. Neka is already in love with James, but he has only thought of her as a friend thus far. He is the one who has a lot of money and enjoys using it to "shape" his future wife. She is merely 21 years old and seems quite naive and like she has been sheltered from a lot in her life. And then there is all of the interference from their families. I almost flashed back to Dallas in a way. But again, much "cleaner."
I felt a little confused at the beginning because I was having a hard time understanding all of the connections between the characters, but eventually that was sorted out. It did remind me of a TV show in a way, so that would definitely work in that format. It's definitely a different kind of contemporary romance!
I received a requested review copy of this book. All thoughts and opinions are my own. 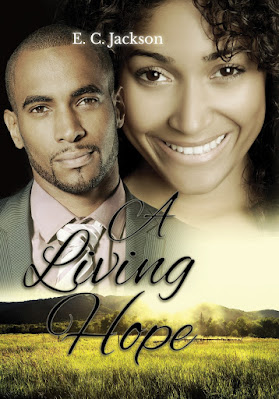 A Living Hope
(Hope Series #2)
By E. C. Jackson
Christian Contemporary Romance
Hardcover, Paperback & ebook, 287 Pages
July 31, 2016
It was a match made in heaven. Or so everyone thought. Sadie Mae Cummings is all set to marry her childhood sweetheart, Kyle, when she is assigned to tutor Lincoln, the new college football running back. This sophomore phenomenon has all the girls on campus knocking on his door. But Sadie isn't interested in his advances.

Lincoln’s overblown ego doesn't take well to being shunned, and he resolves to make Sadie his own. He pursues her relentlessly, until finally Kyle finds himself shut out of Sadie's life, with their shared future crumbling around him.

After two years, Sadie’s relationship with Lincoln ends, and she is left having to put the pieces of her life back together. She desires nothing more than to recapture her relationship with Kyle. He has stayed true to the dreams they had planned together, living the vision even without Sadie by his side.

When she moves back to her hometown, she labors to rekindle their love. But things have changed, and Kyle has moved on. Sadie quickly discovers how hard it is to rebuild burned bridges.

Follow Sadie’s story as she fights for a chance to restore broken dreams. Will love endure? 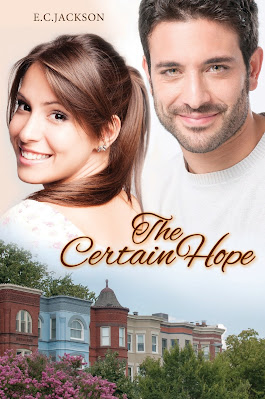 The Certain Hope
(Hope Series #3)
By E. C. Jackson
Christian Contemporary Romance
Paperback & ebook, 318 Pages
December 5th 2018
Love at first sight. It’s every girl’s dream. But Tara Simpkins is finding out it’s not as easy as it seems. Is this truly the man God sent to be her husband, or is she just desperate to escape her loneliness? The recent loss of both parents has left her reeling, and close friends don’t think she’s in any position to make major life decisions. She and her new-found love are convinced they can live happily ever after in the home of their dreams. His family thinks he’s moving way too fast and might disappoint the kind-hearted woman he’s fallen head over heels for. And then there’s Leah. Leah is supposed to be part of his past, but what if she decides she’s his future? Tara’s match made in Heaven may be over before it truly begins.
(Affiliate links included.)
Goodreads | Amazon | Barnes & Noble | Book Depository 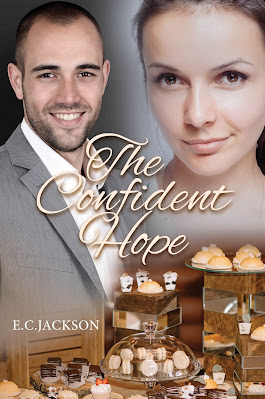 Pamela Hayes is a smart, successful business owner with a supportive family and a thriving bakery. She should be the happiest girl in the world. But she can’t shake the melancholy that accompanies every conversation she has with her best friend, Mark. Pamela doesn’t know how much longer she can hide her true feelings.

Why can’t Mark see how perfect they would be together? She would make a much better girlfriend than the one he currently has. Pamela prays he’ll come to his senses soon and realize he’s with the wrong girl. But when her dream comes true, it isn’t the fantasy she had envisioned.

There is trouble in paradise from the start, and all the red flags she’s been ignoring are starting to threaten her confidence…and her relationship with Mark. She’ll have to rely on family and her faith in God to help her secure the hope she so desperately needs.
(Affiliate links included.)
Goodreads | Amazon | Barnes & Noble | Book Depository
About the Author 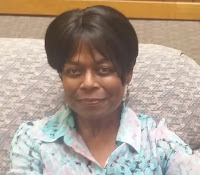 E. C. Jackson began her writing career with the full-length play Pajama Party. Thirty-one years later, she adapted the play into Pajama Party: The Story, a companion book to the second book in the five-book standalone Hope series.

Jackson’s favorite pastime is reading fiction. She enjoys taking the journey along with the characters in the books. That also led to her unorthodox approach to story writing. Her vision for each book she writes is to immerse readers into the storyline so they become connected with each character. 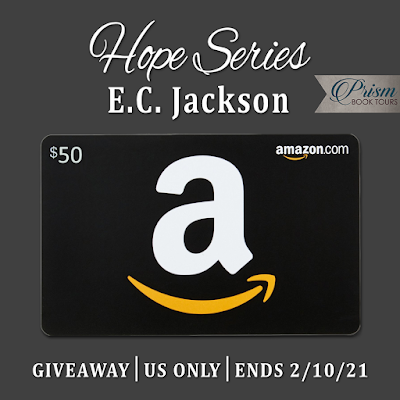