Read an exclusive excerpt from A Divine Conspiracy by Tom Bruner 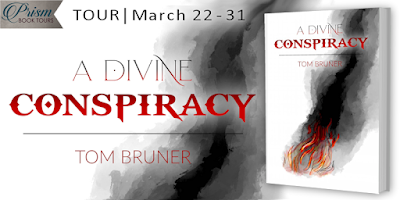 On Tour with Prism Book Tours
Welcome to the book tour for Divine Conspiracy by Tom Bruner! Today I have an exclusive excerpt for you to enjoy before you download your own copy. Be sure to also check out the rest of the tour for even more fun! And best of luck entering the great giveaway at the end. 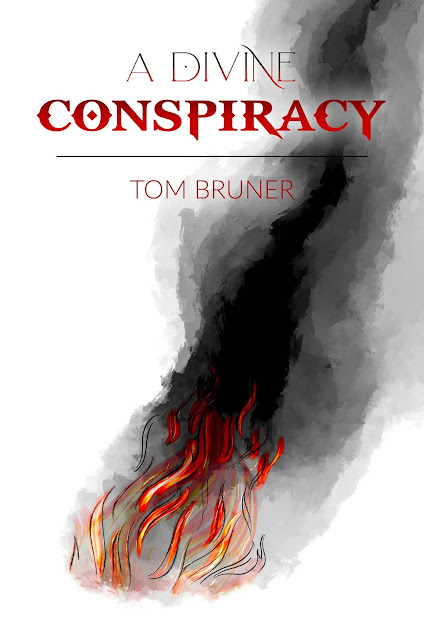 It’s a new world for the first fifty, ever-created, Angels.
They have been brought to life for one reason. To fight evil. But no one knows what evil is or where it's going to come from. The story takes place in Heaven another newly created estate, under construction as the Angels begin training, under the watchful eye of the Archangel, Michael, to become Guardians on a yet to be created planet called Earth. Heaven is something to behold. The Angels are mystified as they take their first tour through the new city. Incredible architecture (Skyscrapers made of seashells and white sand), birds of every color (Golden Eagles), and a city made of libraries (For those who like to read), are just a few of the sights the Angel's experience.
We follow Adlay, one of the Angels, from his first breath, through extensive physical training, his Humanities class with Jesus, and his Worship class with a beautiful Angel named Lucifer, who immediately gives Adlay a foreboding feeling. The Angels work hard for months to improve and graduate from training. Adlay excels above everybody else in training but quickly discovers Lucifer is planning something. What he finds out, makes him question if he actually knows what is right or wrong. As the Angels near their big day, Adlay must make a difficult choice. Does he care only about graduating and moving on or does he risk everything to discover if Lucifer and evil are synonymous.
(Affiliate link included.)
Goodreads | Amazon
Read an exclusive excerpt:

Raw energy exploded through the large room as fifty bolts of lightning ripped through the ceiling, piercing each torso with their own slice of electricity. The chests of the unconscious rose in sync as if tethered together by a marionette string. The lightning quickly blinked out, and the bodies crashed back to their tables.

As the smell of ozone wafted through the chamber, fifty bodies began to stir.

The group was extraordinarily unique. All measured between seven and eight feet tall with no visible body fat. Chiseled was the word, right out of a block of granite.

Even while lying prone, all gave the impression of being capable of tremendous physical feats. They appeared to be relatively young, in their late teens or early twenties with flawless skin, all male.

Being created and coming to full consciousness takes time. Slowly, one by one, chests began to rise and fall. A slight movement in the inert arms and legs. Eyes gradually opened. Some closed quickly, not ready for the incoming information. Processing such would take tremendous energy.

One of the creatures smiled as if lingering on a memory. He was visibly smaller than the others, just reaching seven feet tall. But what he lacked in height, he made up in muscle. He wore a blonde crew cut with piercing sky-blue eyes. He was handsome, but what made him more attractive was his demeanor. Very unassuming, non-threatening.

This is nice, he thought.

He didn’t know how he knew what the word nice meant or even why he thought it was nice.

There was something in the sweet aroma he couldn’t quite put his finger on. There was a sense of wholesomeness, newness in the air. It pleased him.

His mind instantly stopped thinking about the smell when he came to the realization, he was flat on his back. Wait, what? He squinted at one of the bright lights hanging down from the ceiling. What is happening? His eyes sorted every bit of information, the rods and cones laboring for their first time. After what seemed like forever, his eyes opened fully. Bright, bright, bright…ahh, that’s better. Adlay sucked in his first full breath and looked up at the white ceiling. What is this place? How do I know that the color of the ceiling is white? 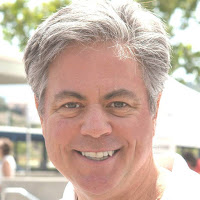 Tom Bruner appreciates books. Over one thousand read. Really. Growing up in Southern California, Tom has had a passion for reading books since his early teens. It’s all about the story is what he believes. Tired of the same vanilla spoonful every time he opened a Christian Fiction book, he decided to write, A Divine Conspiracy. This book is set in the newly created estate of Heaven. It tells the story of the creation and training of the first Angels ever to be. We follow Adlay, a newly created Angel from his first breath, through physical training and classes with Jesus and Lucifer until the day Heaven falls apart. It packs a punch. There is not a dull moment.
Tom considers taking a motley group of boys from the 7th grade through the graduation of high school with Lifegroup a church program to be his greatest accomplishment so far. That and U.S. Air Force Basic Training. That and fraternity initiation. Oh, and running a marathon without training. The boys and Tom met once a week throughout each school year. Spending six years with the same boys going through that period of their life a great adventure. Tom, an avid Christian, volunteers on Sundays at his church in the junior high ministry. Please pray for him.
Tom is a Southern California guy through and through. He loves the beach and writing books. A Divine Conspiracy is the first book in a trilogy. Tom hopes to have the second book out in six months.
Website | Facebook 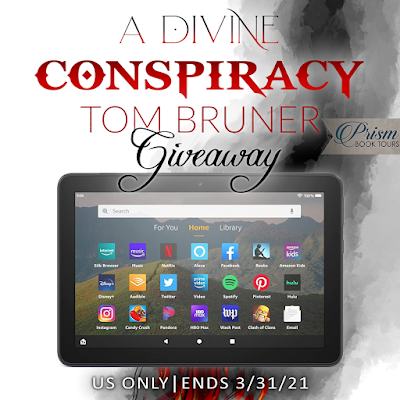 One winner will receive a Fire HD 8 Tablet (US only)